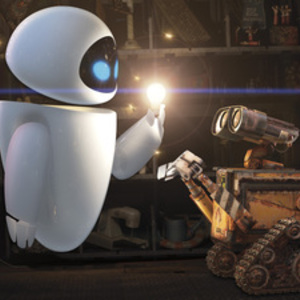 MOVIE REVIEW ★★★ ‘WALL-E’ a Winner for Kids, Adults, and Robots

For Pixar, selling their next movie is as easy as putting the phrase “From the makers of __” on a poster with the implicit promise that it’s going to entertain as much as <i>Finding Nemo</i> or <i>The Incredibles</i>. Like clockwork, it invariably does, and it’s hard to stress enough the fact that these people never simply coast by on the reputation of their brand. Since I’m prone to exaggeration, I could compare the firsthand enjoyment of Pixar’s decade-long hit parade to what it must’ve felt like to listen to each of the Beatles’ albums as they were being released. If you think of <i>WALL-E</i> in that context, it’s more Magical Mystery Tour than Sgt. Pepper. It may not hang with the best of its peers, but it’s more than worthy of induction into the Pixar canon. 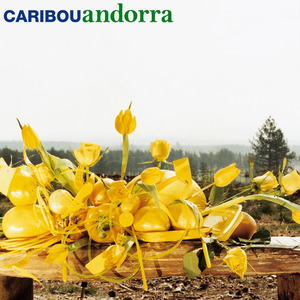 How does one define 2007 in terms of the music it produced? Surely the selections should reflect the events of the year: in this case, record low temperatures, iPhones for everyone, and an over-abundance of celebrity crotch-baring. At the same time, records making the annual list should be timeless; they should be representative not only of yearly trends, but also be able to withstand a 10-year flashback without much embarrassment on the reviewer’s behalf.

If our own Arts Editor Sarah Dupuis hadn’t claimed reviewing rights to Radiohead’s <i>In Rainbows</i> before I could, an entirely different story would’ve been told. In short, I would’ve torn Radiohead a new basement door for not living up to its own standards, or what I’d perceived them to be. I owe Dupuis a debt of gratitude for preventing me from making such a mistake. <i>In Rainbows</i> is, I’ll admit now, quite satisfying, and it was my selfish here-I-am-now-entertain-me attitude that kept me from understanding that. The album has an oceanic serenity that could be confused for dullness until you let the majesty of “House of Cards” or “Nude” permeate you. So much of it cannot be scrutinized and enjoyed at the same time before you’ve initially taken a more relaxed perspective.

CONCERT REVIEW No Whistling on the Bus

Whistling banned in Clientele tour van,” it states on The Clientele’s MySpace page. The opening band can tease Peter Bjorn And John about the possibility of overexposure, but true backlash against this Swedish indie success story is hard to come by. Impressively, Peter Bjorn And John have been able to sustain universal critical acclaim almost a year since their breakthrough album, <i>Writer’s Block</i>, was released. The accolades are not undeserved; the songs on the album <i>are</i> that good. You may have heard one of them, “Young Folks,” the last time you were positively freakin’ <i>anywhere</i> this summer other than on a boat in the middle of the Pacific Ocean.

At the end of “The Devil Wears Prada,” fictional fashion magazine editor Miranda Priestley deems her super assistant Andie Sachs “her greatest disappointment.” Taken out of context, that comment fails to convey that Miranda actually has great respect for Andie’s humanity and character. Through the course of the film, she proves herself to be an extraordinary assistant but not in the way Miranda initially hoped.

CD REVIEW Not Recommended For C★ildren

Whenever I load an Architecture in Helsinki album into my library, iTunes automatically tags it “Children’s Music.” But I’m not a kid! Yes, there’s been some misunderstanding, but it’s on my end: the music is not for children but is by children. Though they’re adults in the literal sense, the band members are a collective wellspring of juvenile curiosity. The band treats their vast array of instruments like a pile of toys eagerly dumped out of a bedroom chest, and their songs flicker between ideas like the attention span of a precocious toddler.

One would assume that the antelope on the cover of <i>Our Love to Admire</i> would strike a more expressive pose than pictured, given that he faces his demise via predatory lions. I guess this antelope just needs a little more time to mull over what’s happening before reacting. That kind of behavior is just not going to cut it for most animals that like their torsos intact, and while humans rarely have to worry (anymore) about that sort of thing, the principle still rings true in modern society: there are those with a predilection for quick action, and they get what they want; then there are those who spend too much time thinking about what they want. Then there’s Interpol, who spend their time making music about thinking too much about what they want.

In the liner notes to the Arcade Fire's debut album, <i>Funeral</i>, there's a remark on how the band was mindful of "the irony of their first full length recording bearing a name with such closure." It's an aspect of the title not hard to notice on your own, but I saw it as only being half the story behind the title and the album.

CD REVIEW The Shins' Latest is Nothing to Wince At

What's different? More specifically, what did the flagship indie pop band of this decade lose or gain by waiting almost four years in between releases? The crest of the Shins' popularity was arguably the prominent use of their songs in the hit 2004 film<i> Garden State</i>. A sensible band would've put something out soon after either to capitalize on their newfound recognition or to quickly and decisively steer their music away from any association with idiot-savant/idiot Zach Braff, or — if they're particularly devious — both. Thankfully, the Shins' newest album, <i>Wincing the Night Away</i>, is good enough — great enough, in fact — to make their intentions irrelevent.