An investigation by the Interfraternity Council has implicated Delta Tau Delta in the incident of a prospective student who became unconscious after consuming too much alcohol during Campus Preview Weekend. The IFC’s ruling imposes a number of sanctions on DTD, which include a one year ban on alcohol in the DTD house, a one-and-a-half year ban on most social events, restrictions on off-campus trips during next year’s rush, and a ban on hosting prefrosh during next year’s CPW. 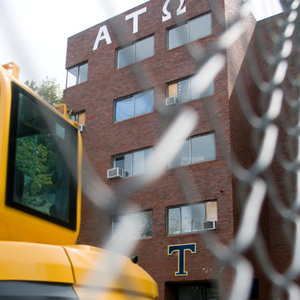 May ATO Incident a Cause of Expulsion

Alpha Tau Omega’s expulsion from the Interfraternity Council, which remains under appeal, was based in part on the outcome of a hearing about a May 2009 incident allegedly involving “underage consumption” and “failure to provide emergency medical assistance,” according to minutes of a Sept. 2 IFC meeting that were briefly made available online.

The final report of the Blue Ribbon Committee on Dining to MIT, dated May 11, 2009, recommends that the existing House Dining program be dismantled and replaced with a declining-balance program. But in the report, the committee says it does not recommend a mandatory meal plan for all students, charging students in dining hall dorms an “opt out fee” where they would pay to eat nothing, or turning the MacGregor Hall convenience store into a dining hall.

The final report of the Blue Ribbon Committee on Dining to MIT, dated May 11, 2009, recommends that the existing House Dining program be dismantled and replaced with a declining-balance program. But in the report, the committee says it does not recommend a mandatory meal plan for all students, charging students in dining hall dorms an “opt out fee” where they would pay to eat nothing, or turning the MacGregor Hall convenience store into a dining hall.

Two separate committees — one half-full of students, one all-student — have issued draft proposals about how to fix dining at MIT. So far, student reaction has been relatively mild.

Draft proposals describing the future of dining at MIT have been released for public review by both the student-run Dining Proposal Committee and the Blue Ribbon Institute Committee.

The committee tasked with redesigning MIT’s dining system agreed to make more information public and increase student say at its first meeting since a consultants’ report to the committee was leaked two Saturdays ago.

Dining Report Was Kept Under Wraps; UA To Discuss

Undergraduate Association President Noah S. Jessop ’09 announced on Wednesday night an emergency meeting of the UA Senate to discuss “concerns brought forth about the Blue Ribbon [dining] committee.” According to Jessop, members of the UA Senate and Executive Board were concerned about a lack of transparency after a student saw a copy of the independent consultant’s report to the committee on the desk of an administrator before most members of the Blue Ribbon Dining Committee were notified about the report’s completion. The students expected that the report would go directly to the committee. As UA president, Jessop is a member of the Blue Ribbon committee. 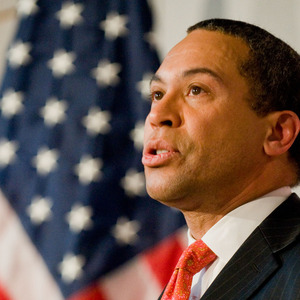 Massachusetts Governor Deval Patrick, leader in clean energy policy and proponent of education and research, will give this year’s commencement address. Those involved in the decision and student leaders praised the choice, while students’ opinions ranged from impressed to indifferent. 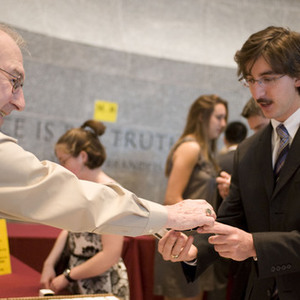 Class of 2010 Celebrates Delivery Of Rings at Moakley Courthouse

Roughly 700 members of the Class of 2010 descended upon the Moakley Courthouse in downtown Boston for a posh evening last Saturday to celebrate the delivery of their Brass Rats. According to Laura E. Aust ’10, Chair of the 2010 Ring Committee, the event cost around $55,000. 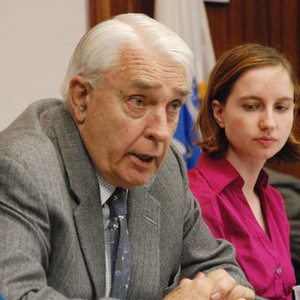 New OLPC Laptop Will Open Like a Book, Have Two Screens

One Laptop Per Child unveiled the next generation of its XO laptop last month. The new machine is smaller, cheaper, and will open like a book to reveal two touch-sensitive displays. 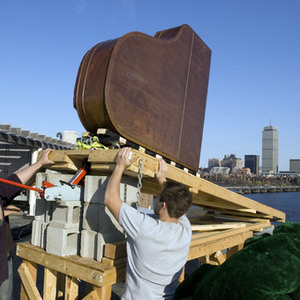 Another Drop Date, Another Piano Drop 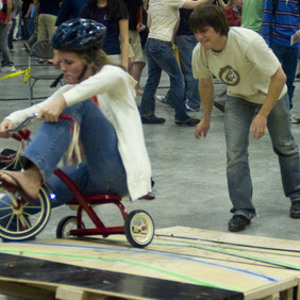 A record number of prospective freshmen — 1021 — have descended upon MIT for this year’s Campus Preview Weekend, according to Ben Jones, Associate Director of Admissions. The event, which ten years ago was meant to attract women and minority students to MIT, is now open to all admitted freshmen. CPW has grown explosively since then, increasing from 974 last year and 868 the year before. 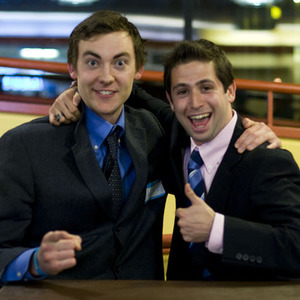 On Sunday evening, the candidates for Undergraduate Association President and Vice President debated issues ranging from housing concerns to MIT students’ relationship with the administration.

The MIT Panhellenic Association chose three sororities out of eleven that applied as finalists in the selection process for a sixth sorority at MIT. National representatives of Delta Delta Delta, Kappa Kappa Gamma, and Pi Beta Phi were invited to present at MIT in April, according to Tiffany W. Guo ’09, Panhel president. 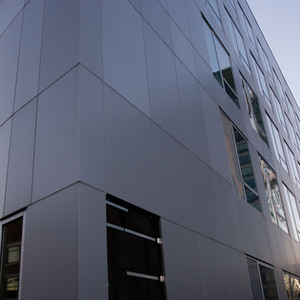 Fifteen applications for the W1 “founders group” were received by Tuesday’s deadline, and the group’s student membership will be selected by Friday. 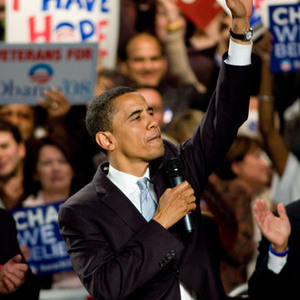 Students, Supporters Turn Out For Obama

On the eve of Super Tuesday, eager Bostonians stuffed themselves into crowded Silver Line buses. They followed signs held by Barack Obama volunteers titled “This way for change” to a long, winding line outside the Seaport World Trade Center. 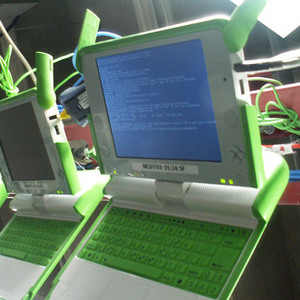 The One Laptop Per Child foundation had a momentous year in 2007 as it prepared for beginning production of its long-awaited XO laptop in November. The nonprofit also faced new challenges from for-profit competition: OLPC formed an uneasy relationship with Intel, who announced a competing low-price laptop. In early January 2008, however, the relationship dissolved. 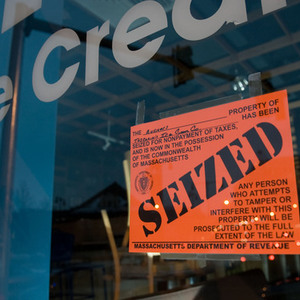 The Central Square branch of Toscanini’s Ice Cream was seized last Thursday by the Massachusetts Department of Revenue because the shop failed to pay more than $167,000 in taxes that have accumulated since 2000, according to the <i>Boston Globe</i>. 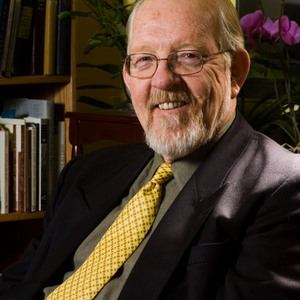 Having worked at MIT for 28 years in a several different positions, Robert M. Randolph brings a wealth of experience to the table as MIT’s first Institute chaplain.

During last week’s faculty meeting, the MIT Task Force on the Undergraduate Educational Commons announced the formation of a subcommittee to collect feedback on the task force’s recommendations that were released in October 2006 and determine more specific recommendations for changing the curriculum.

OLPC and Intel Collaborate on Laptop for Developing Countries

As it moves toward beginning full-scale production of the XO (also known as the $100 Laptop) in October, the One Laptop Per Child Foundation has increased the price of its laptop from previous estimates to approximately $188 per laptop. In addition, the non-profit has announced a “Give 1 Get 1” program allowing the public to donate $399 that will enable the foundation to give a laptop to a child in the developing world. The foundation will give donors a laptop in consideration for their donation.

Rush kicks off with the Greek Griller tomorrow in Killian Court at noon, and fraternities are preparing to lure freshmen with free lobster dinners, off-campus jaunts, and other pricey events.