Institute reactions to the federal shutdown

On Monday at midnight, the U.S. Congress remained deadlocked on passing this fiscal year’s budget, causing the federal government to partially shutdown starting on Tuesday. Many non-essential federal employees across a wide number of agencies have been furloughed, some to the point of complete cessation. The webpages of several of these agencies including the United States Department of Agriculture (USDA) and the National Science Foundation (NSF) have been replaced with landing pages stating that the website cannot be maintained during the shutdown. 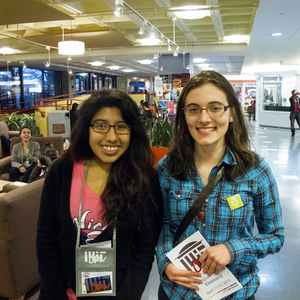 I really like it! I’m surprised that Maseeh is as big as it is. I’ve toured other campuses and their dorms are tiny.

IT’S ALL GREEK TO ME: Counting my blessings

Did you know that faculty at some schools believe Greek life can be life-threatening? At the Northeast Greek Leadership Association (NGLA) conference in Hartford, Connecticut, which I attended a few weeks ago, I heard a fellow Greek from another university talk about meeting with a student life administrator at his school. This administrator opened their conversations by citing stories about men and women on other campuses who were injured or died at fraternity events, and made very clear her mindset that Greek life was dangerous to students with her introductory anecdotes. 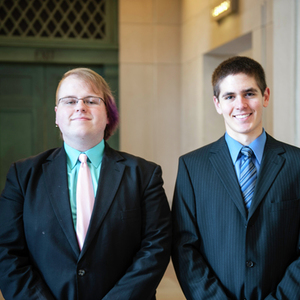 Students will cast their votes next week for the 2013–2014 Undergraduate Association President and Vice President. The next UA President and Vice President will take office at the end of the spring term. There are two tickets running this year: Cory D. Hernandez ’14/John Kongoletos ’14, and Sidhanth P. Rao ‘14/Devin T. Cornish ’14. Voting opens on Monday, March 18 and will be open at vote.mit.edu until Friday, March 23.

SpringFest: a step up from weekends past

The recent announcement of Macklemore &amp; Ryan Lewis as the headliners for this year’s SpringFest spread like wildfire across the MIT campus. In addition to the concert, the Undergraduate Association (UA) Events Committee is working to make SpringFest, previously known as Spring Weekend, bigger and better than ever before.

On July 24, University of California, Berkeley joined edX — the online education venture started by MIT and Harvard University — and will offer online classes in the fall. MIT has billed edX as an open platform that universities can use to improve their on-campus education and simultaneously make courses available to worldwide audiences. There are seven classes set to be offered for fall 2012, including BerkeleyX courses “Software as a Service” and “Artificial Intelligence.”

What do students want in a pres.?

On April 6, the Student Advisory Committee to the Presidential Search released their preliminary report, entitled “The Student Perspective on the MIT Presidency.” Drawing upon the responses they received from six town hall meetings, each of which were attended by between 10 and 60 people, as well as hundreds of student responses from online forms, paper questionnaires, focus groups, and informal discussions, the SAC described in their 20-page report what they found to be the most important challenges, desires, and concerns of MIT. This preliminary report does not contain the list of candidates that the SAC would like to nominate.

Registration will be online for all MIT departments

All MIT departments are going paperless this semester with the implementation of online registration. During registration for the fall 2011 semester, Courses 4, 14, 15, 16, 18, 21W, and 24 tested the new online system. Administrators said that the online system was easy to use for both students and advisors.

At some point before arriving on campus, every incoming freshman wonders what his or her dormitory life is going to be like. Will I get along with my roommates? Will I like the people on my floor? What is the atmosphere of my dorm? Will I feel welcome?

Not so fast, neutrinos

On Sept. 23, European scientists announced that they had observed neutrinos, a class of subatomic particles, traveling faster than the speed of light — the universe’s fundamental “speed limit.” The experiment, OPERA (Oscillation Project with Emulsion-tRacking Apparatus), was a collaboration between the Italian Gran Sasso National Laboratory (LNGS) and Europe’s high-energy physics laboratory CERN. Since the announcement of this anomaly, the scientific community has been hotly debating its validity, as well as the possibilities that could arise from such results.