With dining firmly behind us and orientation plans still in the works, it’s time students turn their attention to the bigger, more transformational things happening at MIT. We’ve pointed out the need for students to talk about big issues before. It’s now time to get more specific.

Many people hold a naïve conception of affirmative action and don’t understand what it actually involves, yet they deem it a dangerous program that threatens our Institute. We believe that affirmative action is actually incredibly fair and integral to the success of any merit-based institution in the world we live in.

The passing of Brian G. Anderson ’13 this past week marks the fourth death on campus in six months. This news is shocking to us all, and The Tech wanted to take this opportunity to address student morale on campus. As students ourselves, we know that on top of p-sets, exams, and general MIT stress, these events can be overwhelming.

The Alcator C-Mod fusion reactor is one of the largest experiments at MIT. It plays a vital role in the scientific community at the Institute, and in the broader nuclear science community. But its future is in jeopardy — the White House’s 2013 federal budget proposes cutting all of the $18 million devoted to Alcator, shuttering the project. The Tech believes that C-Mod’s funding should not be cut and urges Congress to rethink the Department of Energy’s recommendation.

MIT has entered a time of great and rapid change. The Institute is preparing for a major campus overhaul, selecting a new president, and trying to push the frontiers of online education. Students should have a say in all of these issues. But who will lead them?

An action plan for the UA

How exactly can students make a difference on campus? Is there anything that students who care about MIT can do to influence Institute policy? There are concrete things the new Undergraduate Association leadership can — and should — do to enhance the student experience.

The Tech welcomes L. Rafael Reif to his new job at president, and applauds the presidential search committee for meaningfully incorporating student and community input into the process. Reif is a good choice — his vast academic and institutional experience at MIT and solid track record as provost make us optimistic he’ll handle the president’s job well. As he prepares to take up his new mantle, we have a few things for him to think about.

The installation of Residential Life Area Directors (RLADs) in most dormitories over the summer has been one of the strangest and most disturbing policy decisions in recent memory. Students should know two things: (1) virtually nothing about the formulation and implementation of this policy has been acceptable, and (2) the RLADs themselves did not make this policy. They deserve to be treated with compassion and respect, and should be welcomed to MIT warmly.

EdX, MIT’s online learning platform, has a lot of things going for it.

The Institute is a tough place. The classes are hard, the homework is hard, and the tests are hard. It’s difficult to step back and get any perspective, and when things are going bad, competition between peers makes things worse. If you dare lament the amount of work you have, chances are that your neighbor will challenge you and say that he has even more.

The death of Aaron Swartz hit MIT hard. The Institute suddenly finds itself confronted with deep and important questions: What kind of role did MIT play in the prosecution of the 26-year-old prodigy? Is there something MIT could have — or should have — done that would have averted such a tragic outcome? 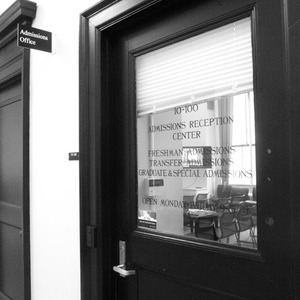 Many people hold a naïve conception of affirmative action and don’t understand what it actually involves, yet they deem it a dangerous program that threatens our Institute. We believe that affirmative action is actually incredibly fair and integral to the success of any merit-based institution in the world we live in.

Recovering as a community

Last week was a truly trying one for the MIT community, from the Boston Marathon bombing on Monday to the death of our own Officer Sean Collier on campus Thursday night. In the ensuing near-24-hour manhunt for the suspects, MIT campus and Boston went on lockdown as we waited anxiously for their capture.

The implementation of the new House Dining Program in Fall 2011 was one of the most controversial changes to undergraduate student life in recent MIT history.

In the controversy surrounding murals in Burton-Conner, it seems that the undergraduates and the housemasters are separately debating two very different concerns: one is focusing on the applications of Title IX and the MIT Mind and Hand Book, and the other on the lack of effective communication.

In a weak field, Sharma and Ndengeyingoma best option

By the end of the week, MIT undergraduates will choose Andrew M. Acker ’15 and Grace E. O’Malley ’15, Shruti Sharma ’15 and Billy Ndengeyingoma ’15, or Jeffrey M. Sperling ’15 and Nathan H. Varady ’16 to be the next Undergraduate Association president and vice president. It is encouraging to see three tickets so eager to tackle the challenges facing undergraduates. But the leaders of the UA need not only detailed, specific proposals, but also the experience and tact to realize their visions.

On Monday, MIT released detailed results of a survey designed to investigate the scope and nature of sexual misconduct in our community. The survey is a rare quantitative examination of sexual assault at colleges — in several ways the first of its kind among MIT’s peer institutions — and is a true example of bold leadership by the MIT administration and chancellor. And the data and resulting action plan were released with public honesty in a time when many colleges across the country seem to be primarily trying to avoid the issue.

The outcry at MIT’s removal of Walter Lewin’s popular online physics lectures has been widespread, from online commenters to MIT professor Scott Aaronson.

Editor’s Note: This column originally ran in the October 31, 2014 issue of The Tech.

A week of tragedy

In tragedy’s wake, we reel. One student said that “the whole campus is just a raw, stinging nerve right now.” Everything seems fragile, so we cling together. We’re a little kinder. We hold the door. We say hello to people we don’t know too well and wave to people in the hallway even when they’re slightly too far away.

In a reasonably strong field, Melvin and Martin pull ahead of opponents

All candidates have put many hours of work into their platforms and campaigns, and all care deeply about serving their fellow students. However, we believe Melvin and Martin have a combination of breadth of experience and policy vision that makes them the best choice to lead the UA next year.

MIT produces an extraordinary amount of beneficial — lifesaving — research, and the new taxes would damage its capability to do that.

The hypocrisy in MIT’s moralizing

The MIT administration has reliably commented on political matters when it is easy to do so, but it has strategically chosen to remain silent on matters of injustice for which it shares culpability.

This RAK week, be kind to yourself

This week — and every other week of the semester — we encourage you to take a minute (or more!) and bask in some glow that isn’t just the fire of unending stress.

College of Computing must make interdisciplinary work its prime directive

The vast bulk of the world’s most important problems and most interesting questions exist in the physical realm rather than the digital one, and computation shines best when used as a tool for facing these problems.

MIT must cut ties with the Saudi government

The Saudi Arabian government has built up an egregious record of human rights violations. MIT must cut ties with the regime to take a stand.

The changes reflect a misdiagnosis of the issues that affect food affordability and accessibility on campus. Rather than assessing students’ eating habits directly, DSL administrators are using meal swipes as a proxy for meal consumption on campus.

MIT should increase support for students in response to COVID-19

For international students attending MIT on tenuous student visas or fearful of an increasingly dangerous situation at home, the resources required and risks associated with leaving campus far exceed the support provided by administration.

Fiona and Yara presented the most detailed and structured platform, tackling issues from democratizing governance to equity to mental health to economic insecurity in detailed point-by-point plans. We were impressed that their plans are layered in achievability and provide options under various fall semester scenarios.

If you are a female MIT student with the last name Wu, Huang, or Chen, you may have received an email in the past two weeks with the subject line “亞州精英 Outstanding Asian.” The email offered $50,000 in compensation for an Asian egg donor, ideally a “21-year-old Chinese MIT student, top in her class,” with “several awards in high school and university.” This concerning request is actually a permutation of an advertisement that The Tech has run twice in the past decade, once in 2012 and once in 2017. The ad, paid for and submitted by the same individual, has not changed much over the years, though the most recent email iteration has swapped out “genius” for “outstanding” and more than doubled the compensation from $20,000 to $50,000. Both the 2012 and 2017 appearances of the ad disturbed MIT community members for its racial stereotyping, tactless wording, and lack of acknowledgment of the medical risks involved with egg donation.

Breaking self-quarantine to gather in person both puts MIT community members in danger and shows a concerning disregard for publicly available health guidelines.

Petition for opt-in commencement ceremony is exclusive and misguided

There are students in the Class of 2021 who are unable to fly themselves or their families into Boston, whether because of international travel restrictions, financial circumstances, or being at high risk for COVID-19.

With a safe return to campus and the health of community members at stake, MIT should make a commitment to our wellbeing by requiring all students to be vaccinated in the fall.