After the bubble burst

In the months since the bubble burst, MIT could have taken a nonpartisan position that attempted to broaden the community’s perspective and to encourage disappointed students to make the best out of the situation. Instead, MIT’s unproductive official response has reconstructed the divisive bubble and alienated many on campus.

The MIT men’s and women’s cross country (XC) teams got off to good starts last weekend in the Purple Valley Classic at Williams College. Competing against many of the top teams in the country, the women finished in second place overall while the men finished in third. 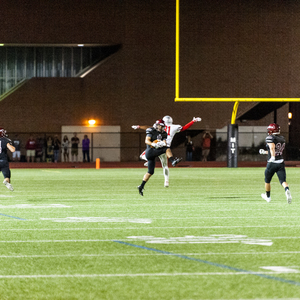 Football loses an overtime thriller to WPI in the season opener

The MIT Engineers dropped an overtime thriller 37-34 to WPI in the season opener after rallying back from a 10-point deficit late in the fourth quarter.

The United States dominated the 2016 Olympic Games in Rio De Janiero, Brazil. The US won the overall medal count with 121 medals, 46 of which were gold.

Kevin Durant shocked the basketball world by leaving the Oklahoma City Thunder for a 2 year, $55 million deal with the Golden State Warriors.