Men’s Baseball (20-11-1) won three out of four games last week. They advanced to the NEWMAC Championship series that will be held this weekend.

Teams start the month with a tight set of games

Men’s Baseball (8-4) split their NEWMAC doubleheader against Clark University. The Engineers lost the first game 21-5 but bounced back with a 11-1 second game victory.

MIT starts March with a mix of ups and downs

Women’s Lacrosse (1-1) split their first two games of the season. They won handily against Keene State College 24-16 but lost 12-5 to Tufts.

MIT sports close out February on a good note

MIT sports close out February on a good note.

The Engineers continue to enjoy a spectacular month

Men’s Volleyball (15-3) went undefeated this week with four wins over Emerson College, Kean University, Elms College, and John Jay College. The Engineers didn’t lose a single set, going 3-0 in all of their matches. 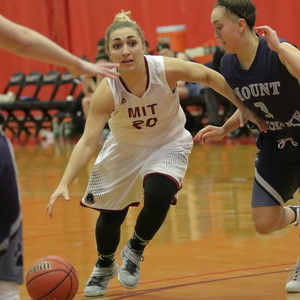 This past Saturday, both the men’s and women’s basketball teams competed at home in Rockwell for one of the final times of the regular season. It would be an understatement to say it was merely a good day for the Engineers.

MIT’s co-ed sailing team won the Atlantic Coast Championship for the first time in the program’s history. Ty Ingram ’18 skippered for the Engineers’ A fleet with Sameena Shaffeeullah ’19 as his crew, while Trevor Long ’19 skippered for the B fleet with Paige Omura ’17. The regatta spanned the course of two days with a total of 18 races.

This past weekend, MIT’s women’s volleyball team won the NEWMAC championship for the fifth time in program history. As the top seed, the Engineers played both the semifinal and the championship games at home and were able to beat Babson College and Clark University to claim the title. Both games finished 3-1 and MIT truly displayed the dominance they’ve sustained all season long. They will look to continue their success going into the NCAA tournament.

The Engineers finished 2-1, besting the rest of the teams that competed and capturing the New England Challenge for the second year in a row.

Synchronization and trust are essential in competitive sailing

It may be common knowledge that sailing involves racing with yachts, but it is probably less apparent as to how exactly how competitions are conducted, how they’re scored, and what kinds of preparation go into training for events and regattas. 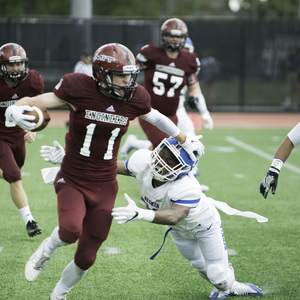 Isaiah Thomas finished the game with a career-high 42 points, and heard MVP chants all game long. His dominant play may not have been the sole reason for this win but it certainly played a large role.

This past Wednesday night, the Los Angeles Lakers played the Utah Jazz in each team’s last game of the regular season. Without context, this would not seem like a historic night, but all eyes were fixated on the Staples Center court as an NBA legend prepared to suit up for the final game of his career. 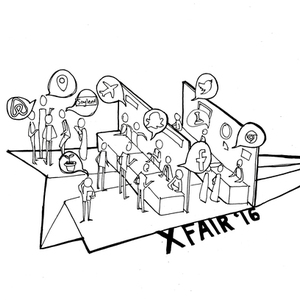 In search of an elusive freshman internship

The search for something to do over the summer has been a rough one. As a freshman who wants to code but hasn’t done a ton of coding, it can be quite difficult to secure an opportunity from a company of interest. Nevertheless, last Monday, like many MIT students, I went to xFair to speak with dozens of representatives looking for potential summer interns.

Up to this point, the Celtics have played some pretty good basketball. Currently, they are seeded 5th in the Eastern Conference — a spot worthy enough for a playoff bid — and have even inspired the hope that they will climb a few more spots as they play through the second half of this NBA season. The numbers behind the games seem to indicate this too. Right now, the Celtics are seventh in the league in point differential, behind the six teams who currently have the best six records in the league. Basically, when this team comes to play, they play very well. Unfortunately, there seem to be many nights that the Celtics just do not get the job done.

Men’s basketball begins its season on a winning note

On Tuesday, Nov. 17, MIT’s men’s basketball team had its first home game of the season, hosting Bridgewater State University. The Engineers appeared to be the better team that night, pulling away early in the second half and ending with a 64-47 win. Great defensive rotations and superior ball movement helped the Engineers outscore Bridgewater. Justin Pedley ’16 led the scoring for MIT with 29 points as Tim Batula ’17 chipped in with 10 rebounds and 13 points.

The Boston Celtics open their 2015-16 campaign as they look to return to the playoffs for the second straight year. Although the Celtics were swept by the Lebron James-led Cleveland Cavaliers in the first round of playoffs, they managed to end the regular season on a high.

Green on the green

I really don’t have any extraordinary talents. I can’t throw a 90 mph fastball, I have the vocals of a dying cat, and I can guarantee you that there were multiple revisions before this article even made it close to the paper. Needless to say, I was a little intimidated when figuring out what clubs I wanted to join here at MIT.