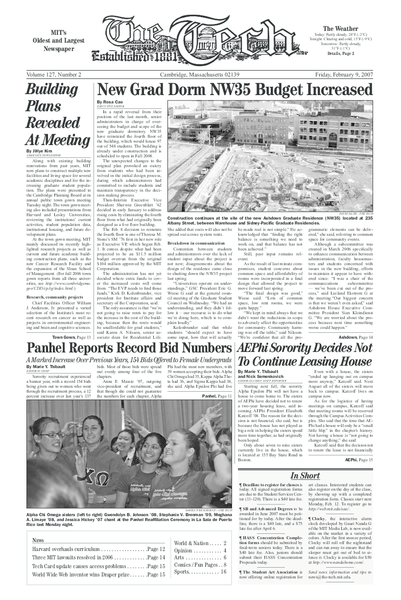 Many New England ski resorts have had to make a majority of their snow this season since Mother Nature has been reluctant to lend a hand. While it has been a famine for Boston and surrounding areas with about 2 inches (5 cm) of snow this winter recorded at Logan Airport, a feast of snow has been unleashed downwind of Lake Ontario in recent days. As of Thursday morning, Parish, NY had received 88 inches (224 cm) of snow this week.

Harvard to Include Practical Courses in Curriculum

All Harvard undergraduates should take classes that help shape them as citizens in the 21st century, including courses on the United States and foreign societies, according to a final report proposing the first curriculum overhaul in three decades.

MIT administrators and lawyers may be breathing a bit easier in 2007, for 2006 saw the resolution of three controversial, protracted, legal and procedural battles. In two cases related to alleged student suicides, MIT settled out-of-court with the families of the deceased, and in a third case, MIT acquiesced to Department of Defense desires and allowed the DOD to handle an investigation into alleged fraud by MIT researchers. 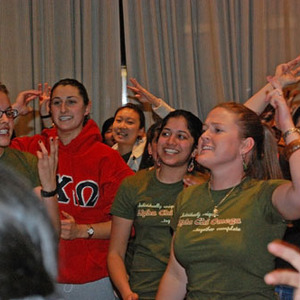 Sorority recruitment experienced a banner year, with a record 154 bids being given out to women who went through the recruitment process, a 12 percent increase over last year’s 137 bids. Most of those bids were spread out evenly among four of the five chapters.

“I just want to give back to the community,” said Lindsey R. Sheehan ’07, describing her plans to teach high school math for the next two years.

Starting next fall, the sorority Alpha Epsilon Phi will not have a house to come home to. The sisters of AEPhi have decided not to renew a two-year housing lease, said incoming AEPhi President Elizabeth Katcoff ’08. The reason for the decision is not financial, she said, but is because the house has not played as big a role in helping the sisters spend more time together, as had originally been hoped. 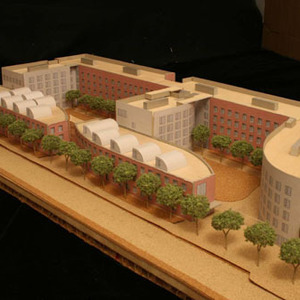 In a rapid reversal from their position of the last month, senior administrators in charge of overseeing the budget and scope of the new graduate dormitory NW35 have reinstated the fourth floor of the building, which would house 97 out of 548 students. The building is already under construction and is scheduled to open in Fall 2008.

Problems resulting from a routine software upgrade caused MIT Card readers across campus to stop working Tuesday night. The Card Office has not been able to explain why outages were observed after 9 p.m., since their records suggest the outage should have occurred between 7 p.m. and 9 p.m.

House Democratic leaders persuaded members of their party on Thursday to limit the scope of an Iraq war resolution next week to a simple repudiation of President Bush’s troop buildup plan, hoping to temporarily set aside divisive decisions over war financing and troop redeployments.

Three illegal immigrants were shot to death Thursday and three others wounded near Tucson, Ariz., after gunmen accosted them as they traveled north from the Mexican border, the authorities said.

Defense Secretary Robert M. Gates, attending his first conference of NATO defense ministers, told these American allies that they must fulfill their commitments to provide troops for Afghanistan in time for a spring offensive against the Taliban.

The main rival Palestinian factions agreed late Thursday to form a government of national unity aimed at ending a wave of violence between them and an international boycott.

At a news conference in Beijing an international consortium of physicists released the first detailed design of what they believe will be the Next Big Thing in physics: A machine 20 miles long that will slam together electrons and their evil-twin opposites, positrons, to produce fireballs of energy recreating conditions when the universe was only a trillionth of a second old.

A Pentagon investigation into the handling of prewar intelligence has criticized civilian Pentagon officials for conducting their own intelligence analysis to find links between Saddam Hussein and al-Qaida, but said the officials did not violate any laws or mislead Congress, according to congressional officials who have read the report.

Iran’s supreme leader, Ayatollah Ali Khamenei, warned the United States on Thursday that Iran would retaliate against American interests worldwide if it is attacked — the latest volley in an escalating rhetorical war between the countries.

The Tuesday, Feb. 6 article “Quickly Constructed Robots Vie For Title; Design, Dress Award” misstated the number of teams and participants in the Mobile Autonomous System Laboratory competition. There were 16 teams and 55 participants, not 17 teams and 57 participants. Also, all of the robots used cameras, although the sentence “One of robots, Team Thirteen’s “Mr. Whiskers,” was instead programmed to get a sense for and give a visual representation of the playing field using its camera and other equipment, including a gyroscope, and other optical encoders.” may have given the impression that only one robot used a camera.

Stuck in a Rut — RBA Housing

As a graduate school-bound college senior, I’m being reminded of some of the fresh new hells I experienced as a college-bound high school senior. In particular, choosing a dormitory is one of the scariest and most important decisions one can make. Experiencing a system less open and welcoming than MIT’s makes me appreciate ours all the more.

The Dunkin’ Donuts near my home in Plano, Texas is open 24 hours a day. My good friend tells me that his Dunkin’ in New Jersey is open until 4 a.m. every night. Now, how late is Dunkin’ open at MIT, a school with one of the most nocturnal demographics on the planet? Last time I checked, we couldn’t get donuts after 10 p.m.! The folks in Jersey or suburban Texas are definitely not flocking to Dunkin’ in the wee hours of the morning. So, why are tireless MIT students who find themselves tooling late into the night on campus left with little more than stale LaVerde’s coffee and cases of Red Bull to tie them over until morning? Don’t they deserve donuts, too? I say, legitimize our Dunkin’ Donuts — upgrade us to full time service! Heck, it might even be profitable.

CONCERT REVIEW It’s Worth Coming Out of Hibernation For

I’m not one for revelations, especially those of the self-referential kind, but I’ll let you in on a little trade secret: writing reviews about concerts is essentially formulaic. I wonder whether rock critics sit down at their desks with a grocery list-like set of criteria for an article. Have I located and named the band’s current stomping grounds? Did I scour my music library for several reminiscent artists, and did I mention these artists nonchalantly? Have I eloquently and convincingly described the band’s redeeming abilities despite its clear weak point? Have I picked a member who is most vital to the band’s survival? Can I see where this band is going and set a projected timeline for its success? If you answered yes to all these questions, you may have written a rock review!

With low ceilings, rich wood, and calming earth tones, the atmosphere at Atasca in Kendall Square is warm and inviting, even during the cold winter months, when the radiance of sunshine cannot be enjoyed on the restaurant’s large patio. Atasca’s menu is authentic Portuguese with an emphasis on seafood, including cod, shrimp, and sardines, among others.

Men’s volleyball rebounded from a second game loss to defeat Rivier 3-1 after the Raiders lost their starting setter to a broken leg during the match.

Brown University sophomore Jennifer Sobuta edged out Julia C. Zimmerman ’09 for the all-around crown and the Bears defeated the Engineers, 180.925-175.800, in women’s gymnastics on Saturday afternoon in the duPont Gymnasium. 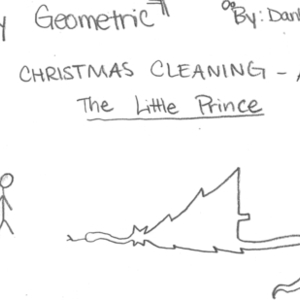 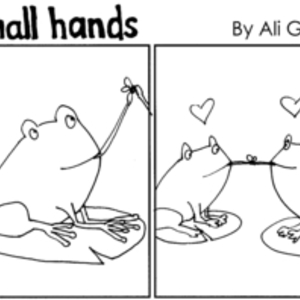 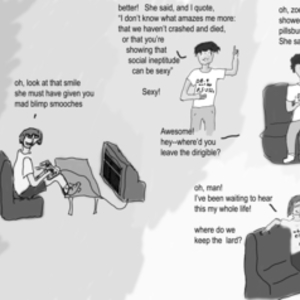 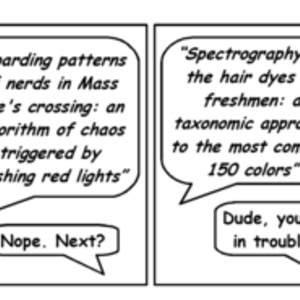 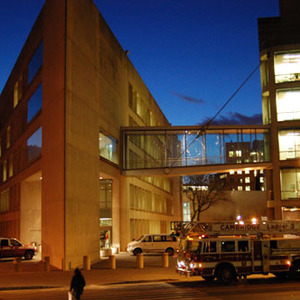 The Cambridge Fire Department responded to a fire alarm in Building 66 yesterday evening. The MIT Police Department declined to comment on any details of the alarm.
Star Simpson

The new graduate residence hall NW35 — which will be named Ashdown House — is set to open Fall 2008.
MIT Department of Facilities 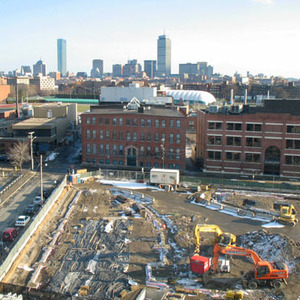 Construction continues at the site of the new Ashdown Graduate Residence (NW35) located at 235 Albany Street, between Warehouse and Sidney-Pacific Graduate Residencies.
David Da He—The Tech
All Photos From Issue