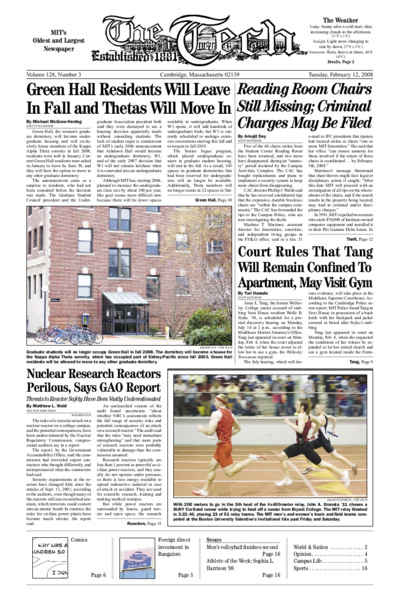 Five of the 46 chairs stolen from the Student Center Reading Room have been returned, and two more have disappeared, during an “amnesty” period declared by the Campus Activities Complex. The CAC has bought replacements and plans to implement a security system to keep more chairs from disappearing. 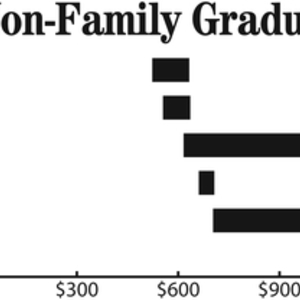 The risks of a terrorist attack on a nuclear reactor on a college campus, and the potential consequences, have been underestimated by the Nuclear Regulatory Commission, congressional auditors say in a report.

Court Rules That Tang Will Remain Confined To Apartment, May Visit Gym

Anna L. Tang, the former Wellesley College junior accused of stabbing Next House resident Wolfe B. Styke ’10, is scheduled for a pre-trial discovery hearing on Monday, July 14 at 2 p.m., according to the Middlesex District Attorney’s Office. Tang last appeared in court on Monday, Feb. 4, when the court adjusted the terms of her house arrest to allow her to use a gym, the <i>Wellesley Townsman </i>reported.

Sen. Hillary Rodham Clinton and her advisers increasingly believe that, after a series of losses, she has been boxed into a must-win position in the Ohio and Texas primaries on March 4, and she has begun reassuring anxious donors and superdelegates that the nomination is not slipping away from her, aides said Monday.

Harsh interrogations and Guantanamo Bay, secret prisons and warrantless eavesdropping, the war against al-Qaida and the one in Iraq. On issue after issue, President Bush has showed little indication that he will shrink from the most controversial decisions of his tenure.

Drivers have never had so many distractions tempting them to take their eyes off the road and their hands off the wheel.

If present trends continue, within two decades the nation’s foreign-born population will surpass the historic 19th-century peak of nearly 15 percent of all residents, according to projections released Monday.

The credit crisis is no longer just a subprime mortgage problem.

Defense Secretary Suggests Troop Levels in Iraq Should Not Decrease

Defense Secretary Robert M. Gates said for the first time on Monday that he supported a pause in American troop reductions in Iraq. It was the most authoritative indication to date that the United States will maintain a large force here through 2008 and into the next presidential term.

Despite its nickname, Chicago is not the windiest major metropolitan area in the United States: That distinction actually belongs to Boston. Sunday surely lived up to the billing as the wind gusted ferociously around campus. A weather station on the top of the Green Building clocked a wind gust of 62 mph (100 kph) just after 4 p.m. Associated with this gust was a intense snow squall that also produced a short bout of lightning and thunder. This fickle weather was associated with an arctic front that blasted through the area dropping temperatures quicker than a piano falling from Baker House freezing any wet surface from earlier in the day.

<i>The Tech</i>’s Feb. 8 feature about the 2008 BattleCode contest incorrectly noted that the “Best Team Name” award was given by BAE Systems. It was actually awarded by the BattleCode directors.

Your February 5, 2008 Year in Review issue contained glaring errors in the section about the death of Daniel Barclay ’07, in sharp contrast to your newspaper’s usually-high standard for reporting.

The men’s volleyball team, ranked eleventh in the nation, lost to no. 12 Ramapo College 30-25, 26-30, 30-25, 34-32 in the championship match of the fourth annual MIT Men’s Volleyball Invitational on Sunday. Ramapo, a public liberal arts college in New Jersey, won the title in its first appearance in the tournament, denying the Engineers their third MIT Invitational title.

Egypt beat Cameroon 1-0 in the final of the 2008 African Cup of Nations soccer tournament on Sunday in Accra, Ghana. The win marks Egypt’s record sixth African Cup title, successfully defending the trophy they won on home field in 2006.

The Tech’s Athlete of the Week: Sophia L. Harrison ’08

For the second time in the past month, Sophia L. Harrison ’08 was named the Eastern College Athletic Conference Division III Gymnast of the Week following her highlight-filled performance in a dual meet at the U.S. Air Force Academy on Saturday, Feb. 2. The co-captain tied her career-best mark of 9.550 on the vault before setting new career-bests on the beam (9.550) and in the all-around (38.100) en route to a first-place individual finish. 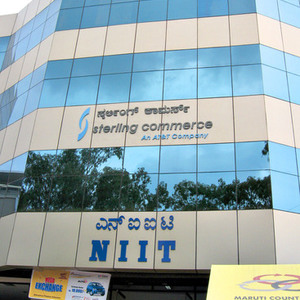 Near the end of my six weeks in Bangalore, I was seriously craving American food. Masala dosas, curries, rice, vegetables, and limited amounts of chicken created a healthy diet, but at times I desired a big, juicy burger. I hate to admit it, but to get that fix of junk food I hopped an auto rickshaw to the McDonald’s on Brigade Road, a shopping mecca for trendy Bangaloreans and foreigners. Although I settled for a Filet-O-Fish, the familiarity of being inside a McDonald’s was almost comforting, albeit strange. Here I was, an American halfway around the globe, savoring a sandwich that tastes exactly like one I could’ve picked up at the McDonald’s down Massachusetts Avenue.

Rankings of Rich Cities By GDP in 2005

Rankings of Rich Cities By GDP in 2005

It’s about the time of year that the sound of a “cough, cough” may mean more than an incoming innuendo. In spite of the abundant medical resources here on campus, sometimes one simply cannot help getting sick. The extended, close-quarters communal experience of college, by my reckoning, constitutes a trial-by-fire for the human immune system. As with other adversities, the inevitable rampant pestilence requires longer to adjust for some than for others. I mention this because I’m sure that neither I nor anyone else who has managed to dodge the illness bullet this far into the winter wishes to get sick now, so in the interests of self-preservation, I offer some at-home measures for avoiding disease like the plague. Or, you know, diseases such as the plague.

This is one example of office space built for IT companies, both international and domestic.
Diana Jue—The TEch 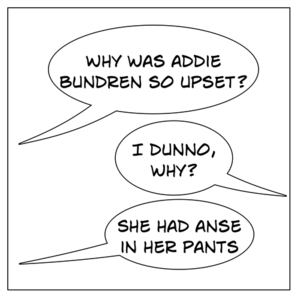 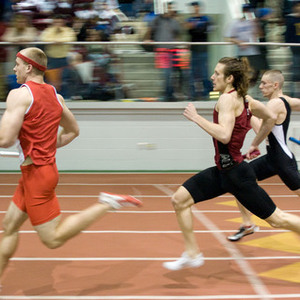 With 200 meters to go in the 5th heat of the 4x400-meter relay, John A. Granata ’11 chases a SUNY Cortland runner while trying to fend off a runner from Bryant College. The MIT relay finished in 3:22.46, placing 23 of...
OMARI STEPHENS—THE TECH 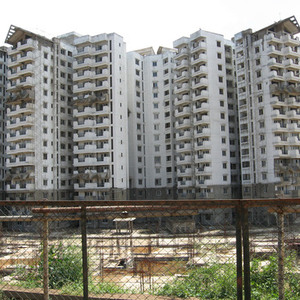 New luxury condominiums being built at the fringes of the city serve as homes for Bangalore’s IT workers.
Diana Jue—The Tech 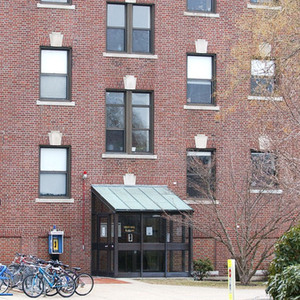 Graduate students will no longer occupy Green Hall in fall 2008. The dormitory will become a house for the Kappa Alpha Theta sorority, which has occupied part of Sidney-Pacific since fall 2003. Green Hall residents wi...
Sherry Yan—The Tech 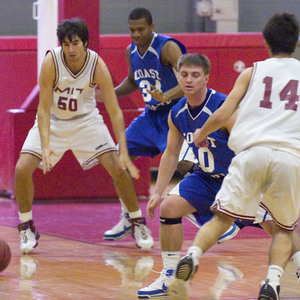 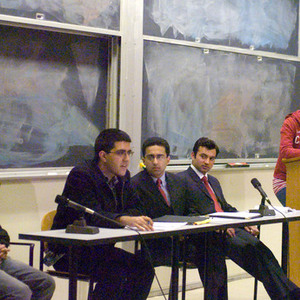 This chart shows the lowest and highest rents charged in 2007–8 to graduate students living in the five single graduate dormitories. The family apartment buildings Westgate and Eastgate are not listed here. Rates for ...
Source: MIT Housing Web site
All Photos From Issue