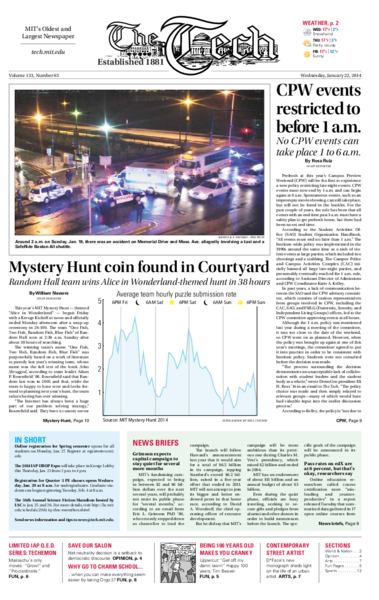 CPW events restricted to before 1 a.m.

Prefrosh at this year’s Campus Preview Weekend (CPW) will be the first to experience a new policy restricting late night events: CPW events must now end by 1 a.m. and can begin again at 6 a.m. Spontaneous events, such as an impromptu movie showing, can still take place, but will not be listed in the booklet. For the past couple of years, the rule has been that all events with an end time past 3 a.m. must have a safety plan to get prefrosh home, but there had been no set end time. 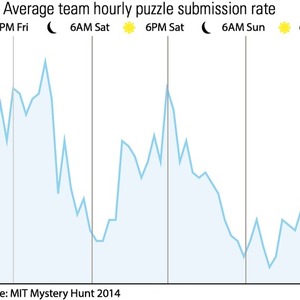 This year’s MIT Mystery Hunt — themed “Alice in Wonderland” — began Friday with a Kresge Kickoff at noon and officially ended Monday afternoon after a wrap-up ceremony in 26-100. The team “One Fish, Two Fish, Random Fish, Blue Fish” of Random Hall won at 2:30 a.m. Sunday after about 38 hours of searching.

Online registration for Spring semester opens for all students on Monday, Jan. 27. Register at registration.mit.edu. 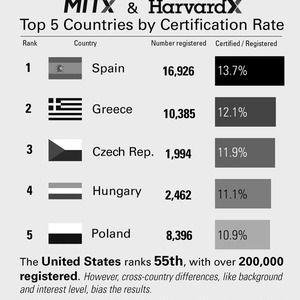 MIT's capital campaign, expected to raise billions of dollars, will probably stay in its &amp;quot;quiet phase&amp;quot; for several more months. Only 6 percent of registrants on edX are getting certificates, but researchers say that's not a sign that online courses are failing.

Europe’s bonds back in vogue, analysts warn of risk

LONDON — When Ireland recently made its first offering of new debt since leaving its bailout program, Irish Prime Minister Enda Kenny was already focused on where the money would come from next.

BANGKOK — The embattled government of Prime Minister Yingluck Shinawatra declared the imposition of emergency rule in Bangkok and surrounding areas on Tuesday, suggesting a more aggressive posture toward anti-government protesters who have occupied parts of the city during the past two months and are seeking to overthrow the government.

Former Gov. Bob McDonnell of Virginia and his wife, Maureen, were indicted Tuesday by a federal grand jury on charges of accepting some $140,000 in loans and gifts in exchange for promoting the business of a political patron.

With the arrival of another winter storm, another common meteorological term has entered the popular lexicon: bombogenesis. Bombogenesis refers to the rapid intensification of a mid-latitude cyclone (specifically, a surface pressure decrease of 24 hPa or more in 24 hour period). The system that brought snowfall to the Northeast beginning yesterday afternoon developed rapidly off the Virginia coast, prompting the use of the term bombogenesis in several media reports. A total of 8 to 14 inches of snow was expected across Eastern Massachusetts and Rhode Island, making for our first major snowfall since the 15.1 inches we received in the January 2-3 storm. While the snow may stop around midday today, it will still be brutally cold, thanks to temperatures in the teens and blustery north winds - combining to create wind chill values near or below 0°F. Quite a contrast from the mild temperatures of last week! Tomorrow and Friday the skies will clear, but it will remain chilly with daytime highs in the teens and lows in the single digits. The weekend should bring a return to temperatures in the 30°Fs.

BERLIN — The advocacy group Human Rights Watch sharply criticized international powers Tuesday for the way they are dealing with the civil war in Syria, saying that the desire to bring President Bashar Assad’s government to the negotiating table should not become a pretext for failing to protect civilians caught in the conflict, which has claimed more than 100,000 lives.

States cutting weeks of aid to the jobless

DENVER — The legal saga in Utah over same-sex marriage grew even more complicated Tuesday, as four couples who had married during the brief window that Utah permitted such weddings sued the state over its recent decision not to recognize their marriages or provide any new state benefits to same-sex newlyweds.

Just over a week ago, a federal appeals court handed down a decision that may radically alter the relationship between Americans and the Internet. Since 2004, in an effort to uphold the ideal of net neutrality, the FCC has enforced non-discriminatory practices among Internet service providers (ISPs), forcing equal treatment of all traffic. However, with the court’s decision in Verizon v. Federal Communications Commission to gut net neutrality (at least temporarily), equality on the web is no longer legally guaranteed. Companies are now free to give preferential treatment to certain sites and thereby financially assert more control over the content their customers can access.

When I told people I was writing a book review on a street artist’s monograph, nearly everyone asked me “Is it Bansky?” “No,” I replied, “it’s about this artist called D*Face who is like Banksy, but different.” The promotional material for the book talks about Shepard Fairey and Banksy, name-dropping to give credibility to this apparently lesser-known urban artist. The foreword is by Shepard Fairey and the “B” word is mentioned a few times, but this book is entirely about D*Face — his life and work — and that’s what makes it unique. 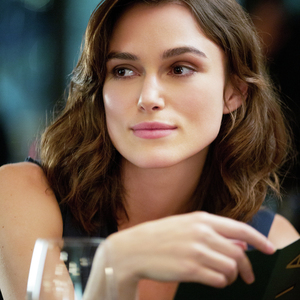 Too predictable, too cheesy

Jack Ryan, a dashing blue-eyed young man eager to serve his country suffers a terrible — and grossly depicted — helicopter accident. While recovering, he falls in love with his nurse, future fiancée Cathy (Keira Knightley). But we all know that. Jack Ryan is a character created by Tom Clancy, previously played by Alec Baldwin, Harrison Ford and Ben Affleck, though this time the story is not based on a Clancy novel. 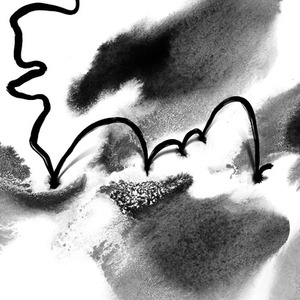 The Ottawa International Animation Festival is the largest of its kind in North America, bringing the talent, incredible dedication and patience of many crazy creative minds since the mid 70s.

It seems like a matchup that’s been coming for months now. The Denver Broncos and the Seattle Seahawks have been the best teams in the NFL for the vast majority of the season, and they will meet on Feb. 2 in the Super Bowl. Denver beat the New England Patriots handily in the AFC Championship game, with Peyton Manning throwing for 400 yards and absolutely torching the Pats’ secondary while utilizing all of his weapons in his receiving corps. Their defense was also stout, holding the potent New England offense to only 16 points, after they’ve scored over 40 their past two games.

The cover of street artist D*Face’s book, The Art of D*Face: One Man and his Dog.
Laurence King

A frame from the film Virtuoso Virtual, one of the films shown at the Institute of Contemporary Art’s screening of a selection from the Ottawa International Animation Film Festival.
Thomas Stellmach and Maja Oschmann 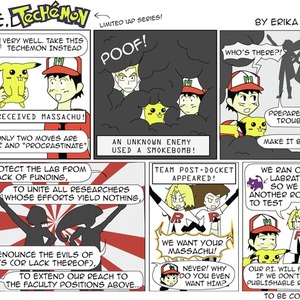 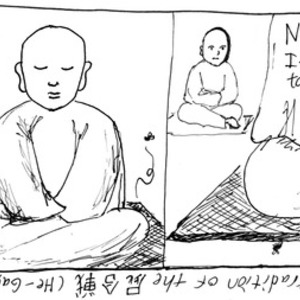 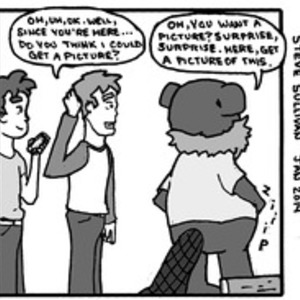 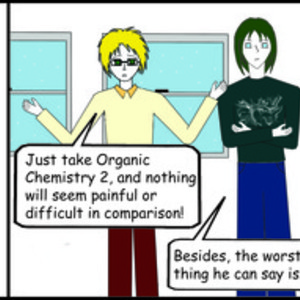 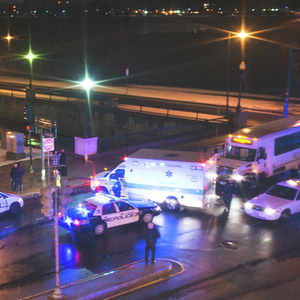 Around 2 a.m. on Sunday, Jan. 19, there was an accident on Memorial Drive and Mass. Ave. allegedly involving a taxi and a SafeRide Boston All shuttle.
Bruno B. F. Faviero—The Tech

Infographic by Will Conway 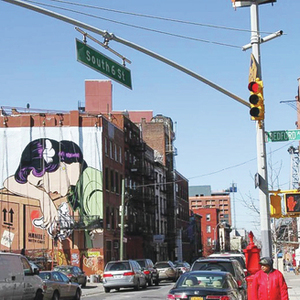 One of D*Face’s works, at Broadway and Bedford Avenue in Brooklyn, shows a woman resting her head on a packing crate that cautions “Handle with care.”
Laurence King

Infographic by Anthony Yu
All Photos From Issue