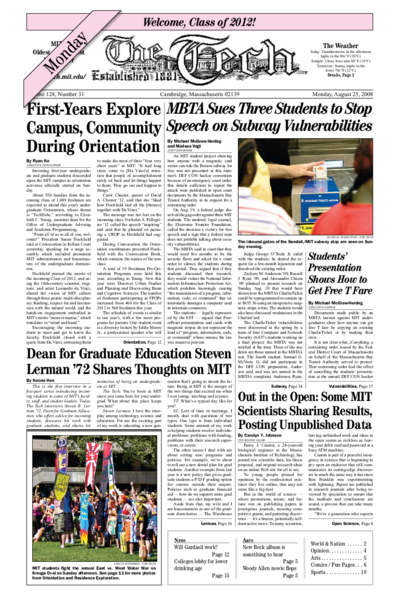 Many Colleges Join Petition to Lower Legal Drinking Age to 18

Two college presidents, both in Georgia, have withdrawn their names from a petition to reconsider the legal drinking age after it drew blistering criticism last week from Mothers Against Drunk Driving, safety experts, transportation officials, and politicians. 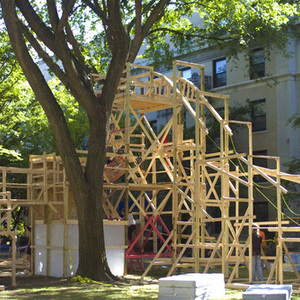 Out in the Open: Some MIT Scientists Sharing Results, Posting Unpublished Data

Barry J. Canton, a 28-year-old biological engineer at the Massachusetts Institute of Technology, has posted raw scientific data, his thesis proposal, and original research ideas on an online Web site for all to see. 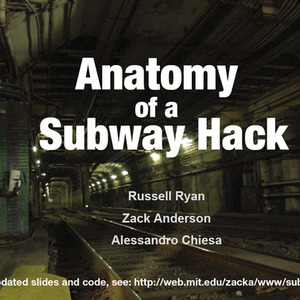 Students’ Presentation Shows How to Get Free T Fare

Documents made public by an MBTA lawsuit against MIT undergraduates show how anyone can get free T fare by copying an existing CharlieTicket or by making their own.

Two vaccines against cervical cancer are being widely used without sufficient evidence about whether they are worth their high cost or even whether they will effectively stop women from getting the disease, two articles in last week’s New England Journal of Medicine conclude. 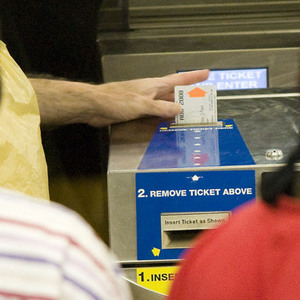 An MIT student project showing how anyone with a magnetic card writer can ride the Boston subway for free was not presented at this summer’s DEF CON hacker convention because of an emergency court order. But details sufficient to repeat the attack were published in open court documents by the Massachusetts Bay Transit Authority in its request for a restraining order. 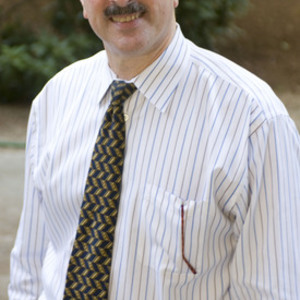 <i>This is the first interview in a five-part series introducing incoming students to some of MIT’s faculty, staff, and student leaders.</i><i> Today, The Tech interviews Steven R. Lerman ’72, Dean for Graduate Education, who offers advice for incoming students, discusses his work with graduate students, and shares his memories of being an undergraduate at MIT.</i>

In mid-2005, Dick Ebersol, the chairman of NBC Sports, had secured the support of the International Olympic Committee for the critical move of the finals of the key television sports of swimming and gymnastics to morning hours in China so they could be shown live in prime time in the United States. But he had one more person he needed to consult: Michael Phelps.

Russia’s guided missile cruiser Moskva appeared suddenly on the horizon, dark and imposing like a fortress in the twilight, and steamed on Saturday into this Black Sea port, where its sailors were given a hero’s welcome.

President Mikheil Saakashvili of Georgia said Sunday that he planned to rebuild his country’s shattered army, and that even after its decisive defeat in the war for control of one of Georgia’s two separatist enclaves he would continue to pursue a policy of uniting both enclaves under the Georgian flag.

The elaborate closing ceremony that ended the Beijing games on Sunday also ended nearly a decade in which the ruling Communist Party had made the Olympics an organizing principle in national life. Almost nothing has superseded the Olympics as a political priority in China.

Democrats gathering here for their nominating convention are significantly more nervous about Sen. Barack Obama’s prospects this fall than they were a month ago, and are urging him to use the next four days to address weaknesses in his candidacy and lingering party divisions from the bitter primary fight.

During the years that Sen. Joseph R. Biden Jr. was helping the credit card industry win passage of a law making it harder for consumers to file for bankruptcy protection, his son received more than ($400,000 ) in consulting fees from one of the largest companies pushing for the changes, aides to Sen. Barack Obama’s presidential campaign acknowledged Sunday.

The president of Switzerland stepped to a podium in Bern in May and read a statement confirming rumors that had swirled through the capital for months. The government, he acknowledged, had indeed destroyed a huge trove of computer files and other material documenting the business dealings of a family of Swiss engineers suspected of helping smuggle nuclear technology to Libya and Iran.

Welcome Class of 2012! From moving into to your dorm to outdoor events, the weather (so far) has shown its sunny side. The weather machine (the dome ball atop the Green Building) has provided five straight virtually cloud-free days. However, this afternoon will mark a short disruption to this pattern (a reboot), in the form of a cold front.

Between his unpredictable album content and hush-hush ties to Scientology, it’s hard not to speculate about just what’s going on in Beck Hansen’s brain. His most recent opaque interviews leave out most details of his personal life, and so the truest glimpse we get of his personality comes direct from the records. Alternating between funky nonsense (Mellow Gold, Odelay, Midnite Vultures) and sonically rich emotion (particularly the Nigel Godrich-produced albums Mutations, Sea Change, and The Information), Beck proves adept at showing off his polar-opposite profiles, but never facing the world with his full-on façade. 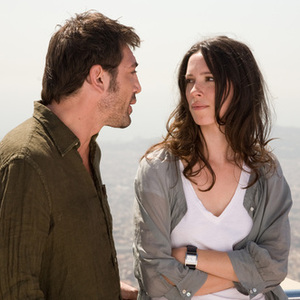 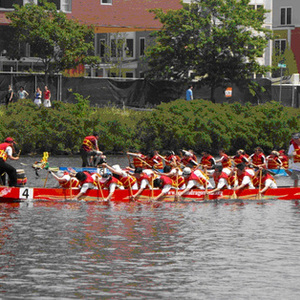 On Sunday, June 8, 2008, thirty-two teams of paddlers from greater Boston, New York, and as far away as Canada, raced down the Charles River at the annual Hong Kong Dragon Boat Festival. Despite the blistering heat, the MIT Eager Beavers, sponsored by United Commercial Bank and the MIT Chinese Students and Scholars Association, paddled to victory, winning the gold medal in the festival’s recreational division.

MIT joined Vassar College as one of the only institutions to have both its men’s and women’s volleyball teams qualify for the American Volleyball Coaches Association (AVCA) Team Academic Award. Initiated in the 1992-93 academic year, this award honors collegiate and high school teams that display excellence in the classroom by maintaining at least a 3.30 cumulative GPA on a 4.0 scale or a 4.10 mark on a 5.0 scale.

The MIT Eager Beavers (front) race against the Harvard Crimson (back) during the annual Hong Kong Dragon Boat Festival held June 8, 2008 on the Charles River.
Courtesy of The Dragon Boat Team 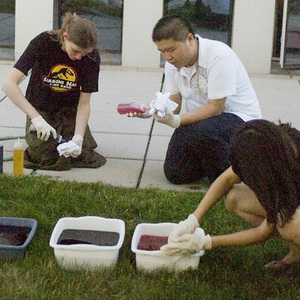 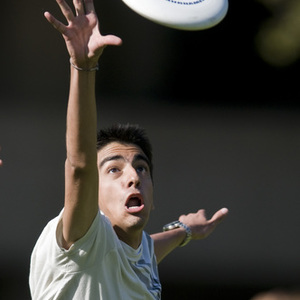 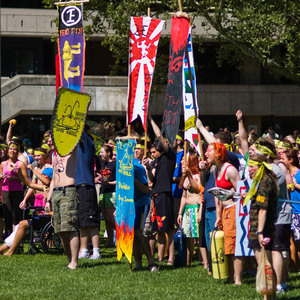 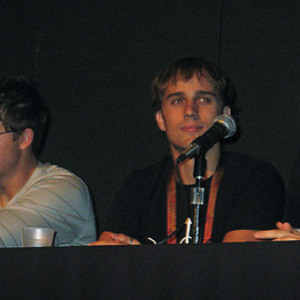 This is the first slide of the canceled DEF CON presentation on subway vulnerabilities. The students performed their research as part of 6.857 (Computer and Network Security).
Students’ DEF CON Presentation 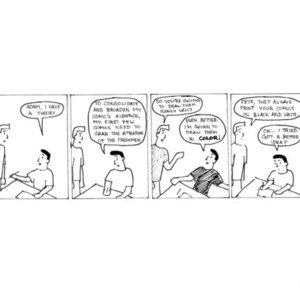 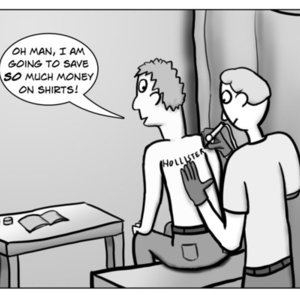 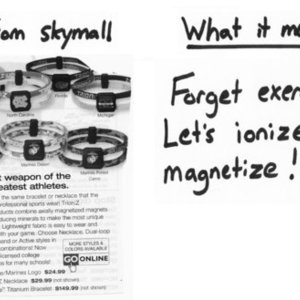 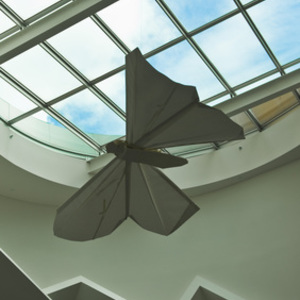 An origami butterfly, designed and built by Michael G. LaFosse and Richard L. Alexander, is seen hanging on display August 8 in the Stata Center.
Xueyan Zhang 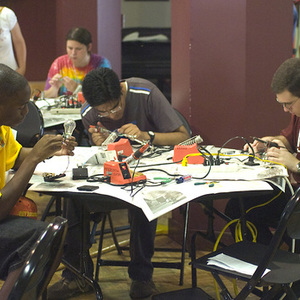