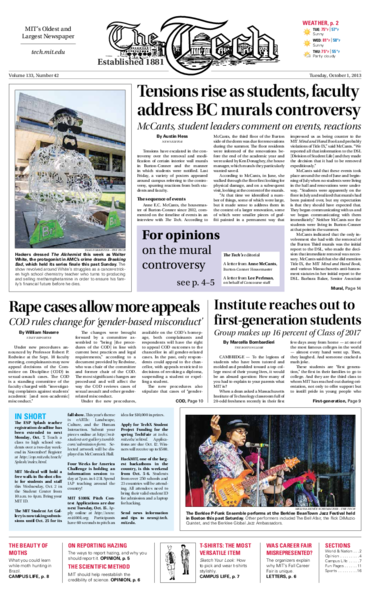 The ESP Splash teacher registration deadline has been extended to next Monday, Oct. 7. Teach a class to high school students over a two-day weekend in November! Register at http://esp.mit.edu/teach/Splash/index.html.

Institute reaches out to first-generation students

CAMBRIDGE — To the legions of students who have been tutored and molded and prodded toward a top college most of their young lives, it would be an absurd question: How many of you had to explain to your parents what MIT is?

Under new procedures announced by Professor Robert P. Redwine at the Sept. 18 faculty meeting, complainants may now appeal decisions of the Committee on Discipline (COD) in sexual-assault cases. The COD is a standing committee of the faculty charged with “investigating complaints against students’ academic [and non-academic] misconduct.”

Tensions have escalated in the controversy over the removal and modification of certain interior wall murals in Burton-Conner and the manner in which students were notified. Last Friday, a variety of posters appeared around campus referring to the controversy, spurring reactions from both students and faculty.

ISTANBUL — Prime Minister Recep Tayyip Erdogan announced a package of measures Monday that appeared intended to revive the stalled peace process with the country’s ethnic Kurds, who have fought a decades-long insurgency against the Turkish state.

Gov. Chris Christie moved Monday to block same-sex marriages that are supposed to begin in late October after a judge’s ruling last week that the New Jersey Constitution requires the state to allow them.

US government is shutting down in fiscal impasse

WASHINGTON — As the nation’s spy agencies assess the fallout from disclosures about their surveillance programs, some government analysts and senior officials have made a startling finding: The impact of a leaked terrorist plot by al-Qaida in August has caused more immediate damage to U.S. counterterrorism efforts than the thousands of classified documents disclosed by Edward J. Snowden, the former National Security Agency contractor.

Backed by near-unanimous critical praise, insistent social media conversation and intense coverage on every form of talk show, “Breaking Bad” soared to its highest ratings ever — and one of the top ratings all time for a drama on cable television — in its finale Sunday night on AMC.

High pressure remains over Cambridge, bringing with it another week of pleasant weather. High temperatures this week will be around 10 degrees higher than average for early October. Sunny skies will prevail, with no precipitation likely through Saturday.

Gov. Pat McCrory of North Carolina pushed back hard against the Obama administration Monday, saying that a lawsuit by the Justice Department over the state’s restrictive voter identification laws was a politically influenced overreach.

The Sept. 20’s issue of The Tech featured a front-page article suggesting that participation fees for organizations to recruit at MIT’s Fall Career Fair contributed to a lack of balanced recruiter representation and that fees were unreasonably high when compared to peer institutions. While participation fees at the Career Fair are higher than peers, the article failed to investigate how the Career Fair differs significantly from our peers and is uniquely modeled to add value in supporting student life at MIT. Furthermore the article did not properly recognize that all campus-wide recruiting initiatives — including those of the GECD-Career Services and at other schools across the country — also see extensive Course 6 recruitment and face similar challenges attracting balanced representation.

In the controversy surrounding murals in Burton-Conner, it seems that the undergraduates and the housemasters are separately debating two very different concerns: one is focusing on the applications of Title IX and the MIT Mind and Hand Book, and the other on the lack of effective communication.

Like most members of the MIT community, I am aghast by the large fraction of the U.S. population that does not believe in climate change, the theory of evolution, or the age of the universe.

I write in my capacity as the Housemaster of Burton-Conner to respond to the campaign of retaliation that began on Sunday night Sept. 22 and was continued by your publication in The Tech on Friday, Sept. 27 of a poster indicating that Burton-Conner was “subject to legalese and scare tactics” because “Students [were] attempting to communicate.” This poster and related ones were posted throughout Burton-Conner and in buildings across campus on or about Sept. 22/23, by a group that identified itself as “Concerned Connerside,” but reportedly involved students from many parts of campus. “Legalese and scare tactics” must refer to my raising a Title IX concern, since that was the only rationale given, and repeatedly, by MIT for removing certain murals and graffiti from the walls of Burton-Conner.

The posters regarding BC murals are troubling

The recent postering campaign, prominent in the building where the Concourse program is located and highlighted in a front-page Tech photograph last week, is deeply troubling. This campaign, which targets those who removed murals and graffiti at Burton-Conner which were inconsistent with the Title IX prohibition against sexually harassing environments, is fueled by a knee-jerk outrage that fails to understand how problematic the murals and graffiti were under Title IX. The effect has been to undermine the free speech the campaign purports to honor by fostering an environment in which open discussion of the grounds for covering over the mural is inhibited.

For MIT students, this is an exciting time of year. Friends who have spent the summer months apart are reunited, living groups and student groups are reinvigorated by the influx of the excited freshmen, and classes have been in session for just a couple weeks. Additional highlights of the start of the school year for many are Fraternity Rush and Sorority Recruitment. While I’ve previously documented my views that Fraternity Rush is unfair to the dormitories and should be moved to IAP, there is no denying that fraternities (and sororities) do a lot of good for the wider community and the individual members.

In its first meeting since the New England Women’s and Men’s Athletic Conference (NEWMAC) tournament semifinal last season, the MIT men’s soccer team had an exciting 3-2 win over Babson at home on Saturday afternoon, with three goals being scored within three minutes at the end of the second half. Austin E. Freel ’16 tallied two goals, the second being the game-winner that was scored with just 50 seconds remaining on the clock. Tech is now 5-3 for the season and 2-0 in NEWMAC play, while the Beavers dipped to 7-3 and 1-1 in conference action.

MIT beats WPI in a 2-0 victory

Molly K. Duffy ’13 scored twice in the second half, lifting No. 17 MIT to a 2-0 victory over WPI in a NEWMAC field hockey game on Saturday. Madeline L. Wharton ’13 and Caitlin A. Mackey ’14 both earned an assist while goalie Evie Kyritsis ’16 did not miss a save as she earned her fourth shutout of the year for the Engineers (9-0, 2-0 NEWMAC).

CORRECTION TO THIS ARTICLE: A previous version of this events calendar was labeled with the incorrect dates. The calendar is for Oct. 1–7.

I have a homemade sign hanging up in my office that proclaims “sometimes I’ve believed as many as six impossible things before breakfast” accompanied by a picture of a tipped over teacup, the only thing from Lewis Carroll’s books I was confident enough to draw. I like this quote because it reminds me that scientists aren’t supposed to look at things in mundane ways; we need to be brave and see things differently; we need to tackle the impossible. 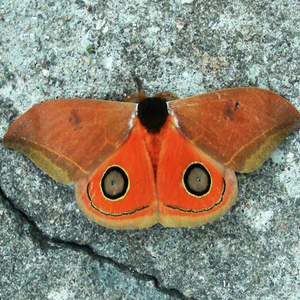 This article is dedicated to my dear friend and mentor Nick Wagerik, who first introduced me to entomology and with whom I spent countless hours roaming New York’s Central Park in pursuit of dragonflies and moths. Nick passed away last week. 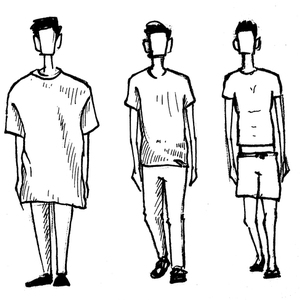 A t-shirt is one of the most versatile and cheap types of clothing that you can find at any store. Because t-shirts are so common, we usually don’t see the potential in them. In fact, t-shirts can make up a powerful tool in your fashion arsenal when you incorporate them appropriately. 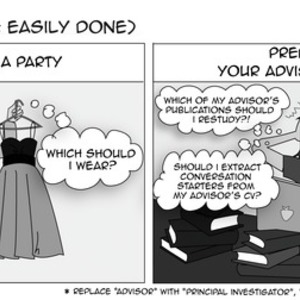 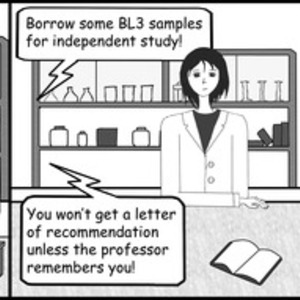 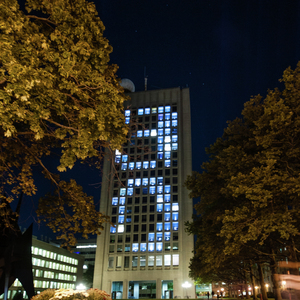 The Green Building was lit up last Friday with altering patterns of “GNU” and “30” in honor of the 30th anniversary of GNU, a free Unix-like operating system.
Rachel E. Aviles—The Tech 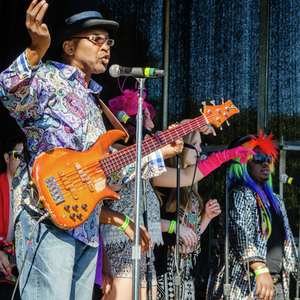 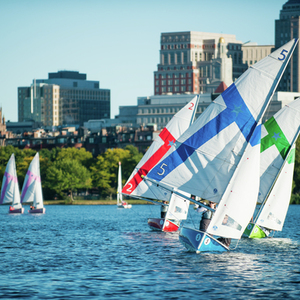 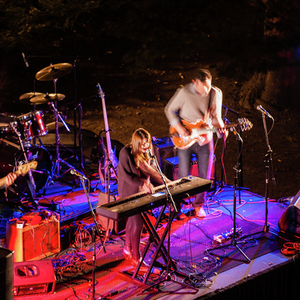 Musicians perform on Friday night at FredFest, an annual concert in the East Campus courtyard that featured Sarah Borrello, Dressed for the Occasion, and Nemes.
Rachel E. Aviles—The Tech 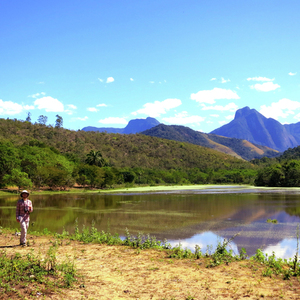 The wetland at REGUA (with Frankie Bader).
Phil Bader 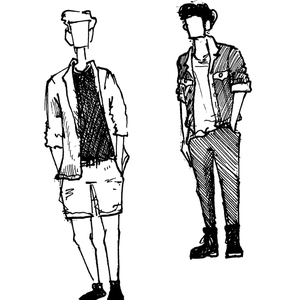 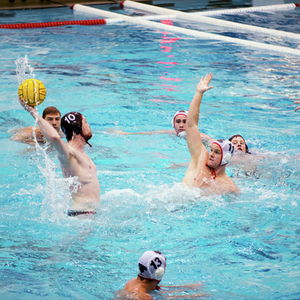 Craig B. Cheney ’14 winds up for a shot in the Men’s Water Polo game against Brown University last Saturday. MIT fell to Brown 15-9 but went on to beat Connecticut College later that afternoon 23-3 giving them a confe...
Jessica L. Wass—The Tech 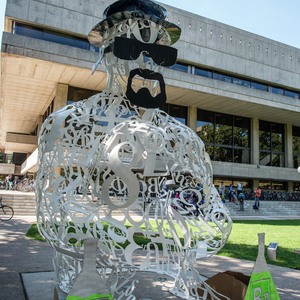 Hackers dressed The Alchemist this week as Walter White, the protagonist in AMC’s crime drama Breaking Bad, which held its series finale this past Sunday. The show revolved around White’s struggles as a cancer-stricke...
Tami Forrester—The Tech
All Photos From Issue